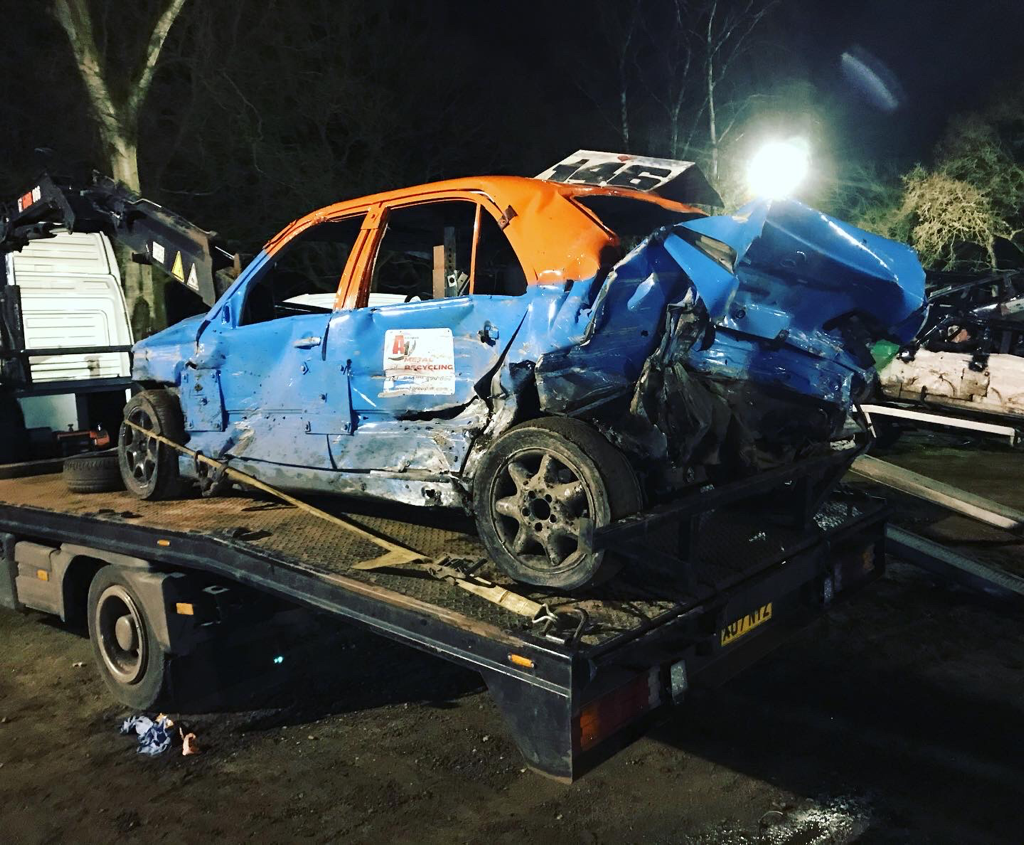 Saturday 14th March marked round 2 of the Banger World Series with drivers competing for the final weekend before the COVID-19 pandemic put a hold on proceedings. There were a few variations to the norm on the car front. 360 Jack Reynolds and 162 Brent Shaw had Ford Scorpio Limos. 145 Colin White opted for a smart looking Series 2 Jaguar XJ, whilst 77 Patxi Beasley had a Jaguar XJ Coupe. 211 Dennis Vorkink once again showed his dedication by travelling across the water with a smart Volvo 240 Estate. 222 Matty High had a smart Series 3 Jaguar XJ. The Bears were in large numbers with 266 Callum Hall debuting a MkV Lincoln Continental whilst 521 Ashley Riley returned his World Final Cadillac Eldorado Hearse. There was a sprinkling of used Granadas – 625 Josh Gooch with a Mk1; 17 Kyle Overy and 447 Nyall Hardingham with Mk2 Estates. 717 Jack Tuffen impressing on the paint front with a stunning Scorpio.

Overall, an enjoyable night of Unlimited racing that got better as the night went on. You cannot deny the calibre of talent that the World Series meetings attracts and they certainly made the effort to entertain in the final.