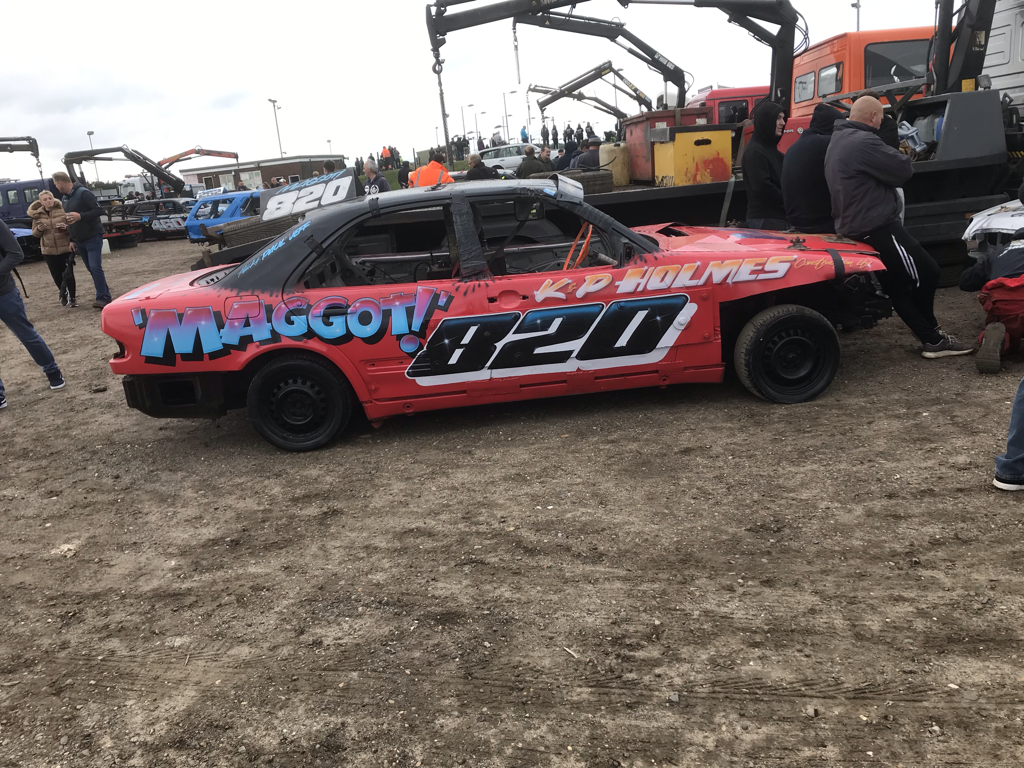 59 cars pilgrimed to Yarmouth Stadium for round 4 of the Banger World Series on Sunday 26th May. 360 Jack Reynolds had the car of the meeting with a Mk2 Ford Crown Victoria. 421 Ben Garman made his Unlimited debut in a Mercedes S Class. 341 Andrew Jones had a Chrysler 300c to vary against the usual Unlimited material. The only other exception was 161 Billy Smith with a used Volvo 240 Estate. Their were several visiting drivers with several travelling from South West and others from the North putting in some serious miles.

Overall, another cracking BWS round at Yarmouth where the small nature of the track typically ensures action throughout.