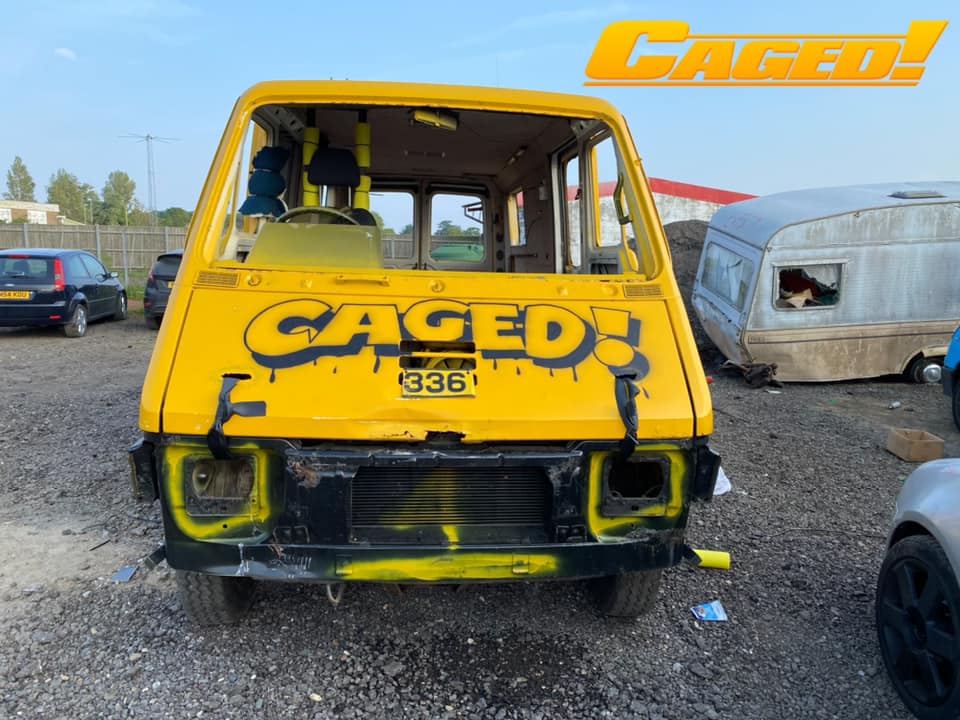 The Final saw 129 Barker again roll early on after a big push from the pack into the pits bend. 13 Bo took out 39 Pusher Paul on the restart, before 433 Smith reversed out on the leading 404 Dace. 433 Smith and 336 Fathead combined to cause mayhem on the pits bend, more or less completely blocking the track. 760 Hazza turned it around and destroyed 323 Tweedy on oppo, well and truly snapping the latter. 818 Brown drove through 439 Sutty. Loads piled into the carnage on the pits bend. 873 Roberts ran 540 Chunk into the pile up. 439 Sutty backed out on the leading 33 Magic, who had already received a black cross for cutting the infield. Madgwick won but was docked two places for his black cross, handing the win to 404 Sam Dace, who’d had a good night of things previously taking a pair of second places. 585 Kevin Giles promoted to second.
404, 585, 33, NOF

The DD commenced with 209 Williams homing in on 873 Roberts. 200 Tank and 862 Eglington combined to set about 33 Magic. 404 Dace weighed in on 862 Eglington. 200 Tank jacked 109 Posh Boy. 404 Dace delivered a huge portion to 760 Hazza. 873 Roberts went in on 200 Tank as the action came thick and fast. 14 Bazza delivered a reverse attack on 404 Dace before setting about 200 Tank, the latter responding with a nibble at Bazza. 14 Bazza again delivered a reverse attack on 200 Tank. The pile up on the pits bend saw cars trying to break free; 433 Smith gaining enough momentum to drive through 33 Magic. It appeared to go all quiet, before 433 Smith emerged from the chaos to take the win, celebrating with a flat out reverse shot on 760 Hazza to end proceedings.

The Back to Basics always deliver at Yarmouth and the added Van Banger novelty certainly provided that extra entertainment and the drivers’ were rewarded with a great reception from the holiday crowd who were just as up for the occasion.