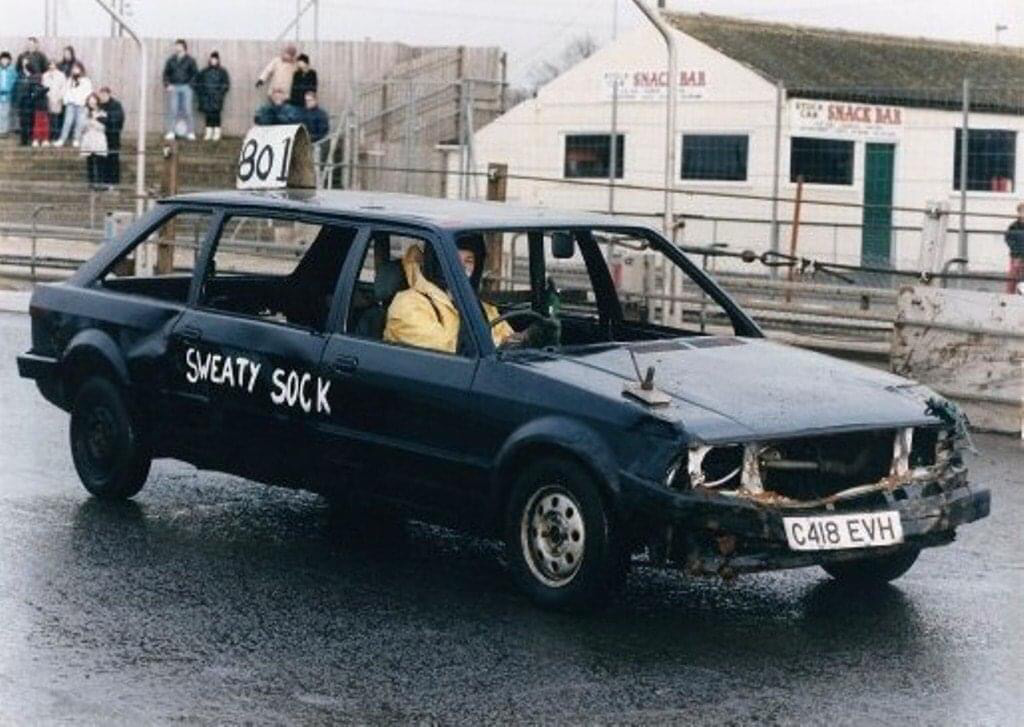 The 1996 Gala Night meeting took place at Yarmouth Stadium on Sunday 3rd November, seeing an All Escort Bangers event raising shy of 30 cars. There was a fair mix between the Mk2 and Mk3 variants, with 301 Micky Haworth having the most extrovert car with a stretched Mk3.

Heat 1 begun with 307 Haworth getting run in, with several more going piling into the pits bend. The Haworth’s were well involved dishing the hits out. 167 Kevin Ling spun 170 Ronnie George for the lead, which saw the latter roll onto the centre green. 444 Gary Cannell set about 16 Mick Sage, running him into 307 Haworth. 23 Bailey spun and was collected by 336 Nigel White, before 307 Haworth followed in 806, and then completed a lap before jacking him. 307 Haworth continued his lively streak, driving into 167 Mardy. 536 Annette Nichols spun 804 Terry of Team Kamikaze. 536 Annette attacked and spun 351 Longie for the lead, the latter then coming under fire from 23 Bailey. 536 Annette Nicholls took the win ahead of 27 Mark Sack, and 804 Terry.